Infusing tribal colors with clay and recycled metal to create art and books for the soul. 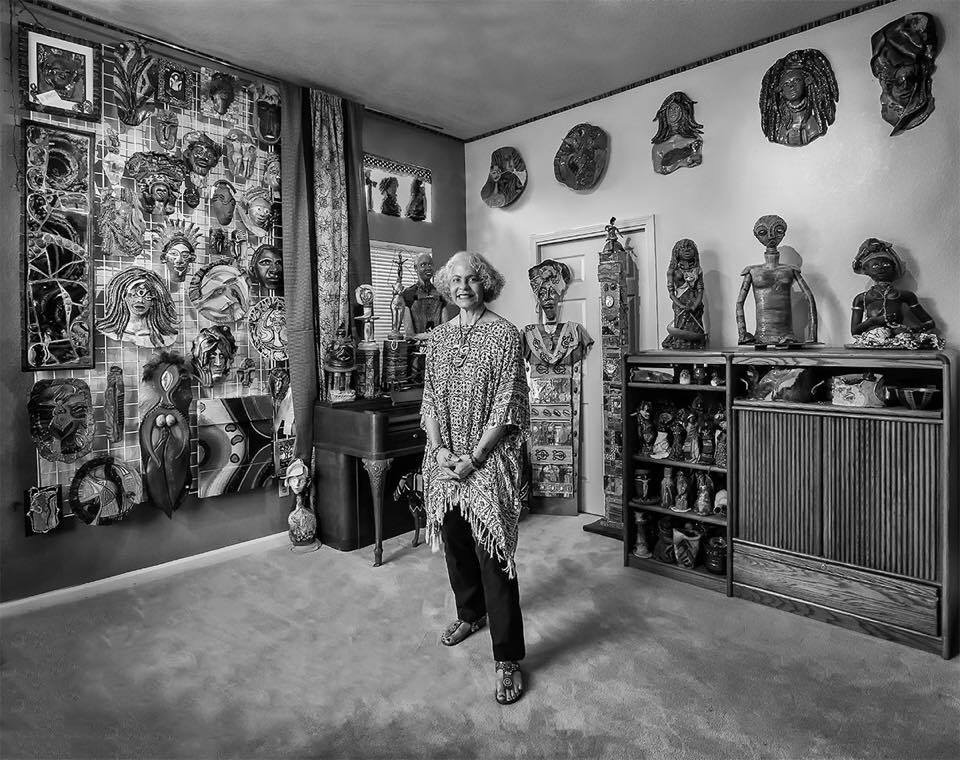 My name is Kanika Marshall and my goal is to share the strength and majesty of ancient cultures via beautiful, spiritual sculptures and clay pottery that I hand-sculpt in my private art studio near Sacramento, California. I am also an author, writing genealogy books that claim my black family's presence in the American historical record. I believe my African ancestors work through my fingers to create each collectible art sculpture and family history book. My hands are driven by a spiritual force to shape the clay/metal and to leave a written legacy of our history tin his country and beyond. The spiritual essence from the ancestors shines through and  I am humbled.

I am most inspired by artwork that uses the interplay of various media to show the connection between humanity and the Earth. Clay is the foundation of my artwork, but other earthly materials such as stone and glass, as well as vivid textiles, leather, shells, beads, and recycled metal enhance the art.

Some of the black doll figurines, goddess statues, mask sculptures, and art pieces are adorned with authentic African fabric, jewelry, leather, glass, beads, shells, recycled metal, stones, feathers, and other organic materials. The breast cancer survivor pendants are glazed with hopeful colors representing a zest for living.  The pottery bowls and other clay vessels are decorated with interesting tribal designs and vivid colors.  The recycled metal garden art pieces appeal to people who wish to bring harmony, movement, color and fun into their garden. Studying with renowned potter/sculptor Ruth Rippon in 1980 and with figurative sculptor Yoshio Taylor in the early 1990s, I have also taken, and taught, numerous clay sculpting and glazing workshops with local art professionals.  I have been a member of the Elk Grove Artists, Sacramento Potters Group Art by Fire, Valley Sculpture Artists, and Potters Council, and was a member of the Elk Grove Fine Arts Center.

I am a proud member of the Black Women Tell Tales, Elk Grove Writer's Club, and Northern California Publishers  and Authors groups, as well as the African American Genealogical Society of Northern California, Our Black Ancestry, and the Sons and Daughters of the United States Middle Passage.

I hope my artwork stimulates your eyes, appeals to your emotions, encourages your desire to touch, and helps you to feel connected to the Earth and to each other. I hope my books provide another view of American history that needs to be told by the people whose enslaved and free ancestors provided the economic backbone which built America.

2009  Sunlight of the Spirit, Sacramento, CA

2004  Valley Sculpture Artists "No Way to Frame It", Carmichael, CA

2003  Valley Sculpture Artists "No Way to Frame It", Carmichael, CA

2001  Valley Sculpture Artists "No Way To Frame It", Carmichael, CA